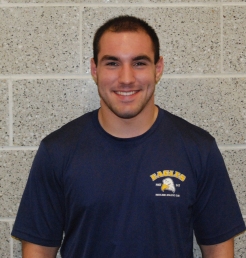 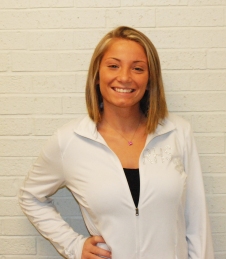 The Veritas asked the coach of each sport to choose an unsung hero for the team, considering someone who contributes greatly but doesn’t always get the recognition he or she deserves.

Brian Kelliher, head football coach, chose senior Dennis McPeck as the football team’s unsung hero.
“Dennis is our starting offensive guard and linebacker and also our kicker. Offensive linemen don’t usually get the credit when the team scores but it would be impossible without their hard work on each and every play. Dennis always gives 100% whether it is in practice or in games. He is one of the most dedicated and hardest workers on the field and in the weight room,” said Kelliher.
Teammate Justin Nguyen added, “Dennis is a leader on and off the field. He is always there to support his younger teammates, and he leads by example making everyone around him work harder.”

As for boys soccer, history teacher and head coach Richard MacAllister picked Kyle Duncan, also known as Rusty, as the team’s unsung hero.
“Easy answer,” said MacAllister. “He has been my ‘renaissance player’ all year, meaning I can put him in any position on the field, and know with confidence that he will be successful.”

He adds, “Rusty is positionally sound, knows how to move the ball into open space and plays physically which is something we have to be better at going into the playoffs.”

Dylan Bernache, fellow senior soccer player, commented, “Rusty had some big roles to fill and he stepped up and played better than anyone expected.”

“Matt was one of our harder workers in practice. He stayed late to work on putting and chipping, and he improved his game every week. We could always rely on him to get us needed points in each match,” Graz said.

Teammate Andrew Frazer commented, “He lightens up the mood no matter the situation and he has really improved his game from last year.”
Frazer added, “He has become one of our top scorers during the season and has helped us win most of our matches.”

Another guidance counselor at RHS and coach of the girl’s cross-country team Margaret Black picked Rebekah Panaro as the unsung hero.

“I just think she’s such a hard worker. She never gives up, she never complains, she’s always there. She has such a great work ethic,” Ms. Black said.
Teammate Sarah Margolis added, “At a meet, you could always find her pushing herself to go faster all the way until she crosses the finish line.”

Sean finished the races around the sixth spot for the team which is a very important role. Winning races comes down to the lower runners and the determination they have to work their hardest to get the win for their team.
Senior Captain Owen Scott said, “I absolutely agree with Coach Murphy. Kimball has been a great motivator this year and he has worked hard and he has inspired our teammates that hard work pays off.”
Owen added, “It was a tough decision this year with Josh Slack and Sean Kimball but when it comes down to it I would say Kimball because he never gives up.”

Girls’ soccer coach Greg Rowe says senior Alex Pigeon is the unsung hero of this season.
Coach Rowe says, “Alex Pigeon has played defense for four years and it’s not a very glamorous spot. But she has done her best and she has shut down some of the best players in the South Shore League for the past four years.”
Mr. Rowe also said, “She is very reliable. I can always trust her. She is always there, she is always working hard, and she is a leader on the field.”
Girls’ center midfielder Julia Matson says, “Yes, Alex deserves the unsung hero award because even though defenders do not score the goals for the team they are the most important part of the team. Alex works hard and she is always giving 100% and I know she is always doing everything she can so we can get the win.”

Volleyball coach Craig Johnson says Abby Kinlin is the unsung hero this season.
“Abby adapted to a new position this year and she has done a fantastic job.She does an outstanding job setting up her teammates.”
Volleyball player Sam DeMarco says, “On the court I would describe Abby as competitive and hardworking. Abby definitely deserves unsung hero because she puts in the effort on and off the court and tries her best.”

Fall cheerleading head coach Jeanine Reardon says senior Krystin Killion is their unsung hero. Reardon says, “She is an excellent captain with passion for both her team and the sport. She puts in the work nonstop behind the scene with organizing camps, apparel, and choreography for her team. She wants her team to be the best it can be. Reardon also said, “Her goals are set and she is hoping to win a league title with her team on Nov. 6.”

Cheerleader Kelsey Girard says, “I agree with Coach Jeanine that Krystin should be the unsung hero because she is always putting so much effort and time into our team and gets little recognition in return.”
She added, “I would describe Krystin as a hardworking, talented athlete who performs amazingly in competition. She always has a smile on her face and engages with the judges.”