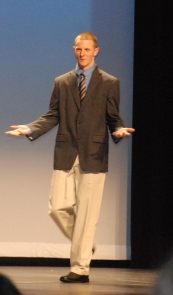 Faces in the crowd

Getting familiar with the judges