The Dodgeball Tournament took place on March 28 and was a fundraiser for the Stephen P. Sangster Scholarship Fund.  Most of these photos were taken by Veritas Photographer, Georgia Panagiotidis (when she was playing, Mrs. Lannin-Cotton helped out).

Ms. McDonough and Mr. Damon were the refs.

Georgia Panagiotidis, Justin Kinan, Alex Smith, Mark Ewell, Nicole Cook and Zach Murphy were the “Spartans” (looks like Lydia Guerrero wants to be a Spartan too!) 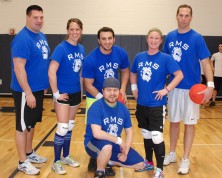 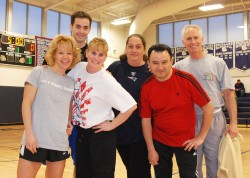 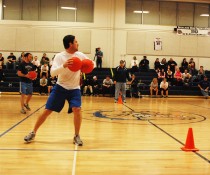 Mr. Wells sizes up the situation.

Mr. Ricchiarelli from the middle school