The second annual Jared Lewis Quirk Speedball Tournament at Rockland High lived up to the hype. The returning champs, ‘God’s Children’, came back for a second run at a title. The large crowd in the gym saw an all-girls’ team battle through a couple of close games, as well as some other intriguing opening round matchups.

In the end, the tournament raised nearly $4,000 for the Jared Quirk ‘Good Guy” Scholarship. Some feelings may have been hurt on the court, but everything was for a great cause. Jared’s name will live on forever through the tournament, as well as through the mark he left on all of his classmates and friends. 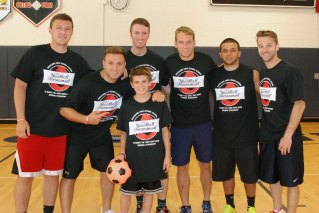 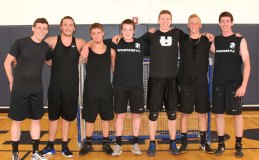 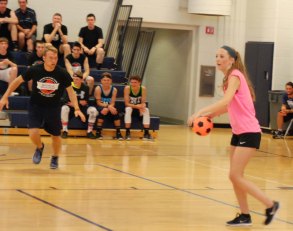 Parlee goes up for the jump