After a brief ceremony in which the band boosters presented each of the senior members of the band and chorus with flower bouquets, the band performed. Their numbers included: “Alkali Ike Rag,” “My Favorite Things,” “Highlights from <em>Annie the Movie,</em>”  “Selections from <em>West Side Story</em>,” and “Cartoon Carnival.” 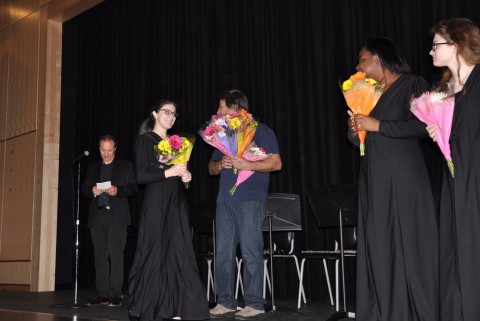 On Sunday, April 30 the RHS band played an introductory set before the Boston Symphony Orchestra’s performance for the community of Rockland. It was a great opportunity for them to be a part of a unique musical experience. 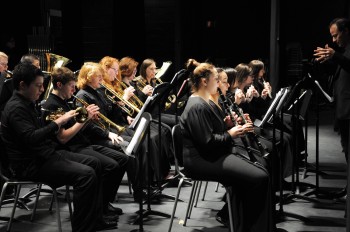 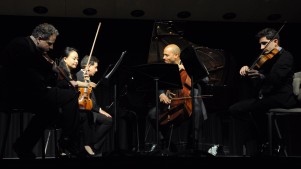 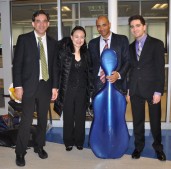 Max Levinson, Xin Ting, Owen Young and Daniel Getz, four of the five members of the Boston Symphony Orchestra who gave a community concert on April 30.

Some of the RHS band members got to meet the BSO performers. Veritas photo